Jerilderie and the end is nigh

We have spent three nights in Jerilderie, this is one more than Ned Kelly and his gang spent here in February 1879. In a little over 20 months, in November 1880, he would be hanged in the Old Melbourne Gaol. At the age of 25.

We are now, sort of in Kelly country. Jerilderie is in NSW just across the Murray River and a little removed from North East Victoria where Kelly was born and spent most of his 25 years. We are here out of convenience because it is the first Kelly Trail spot you encounter on the drive down the Newell Highway. So our adventure is starting out when Ned’s was not long off ending! 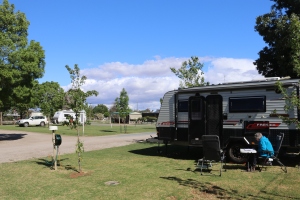 The camping ground we are based in is first rate. Grounds and facilities are immaculate and a short distance from the sixteen Kelly sites in or near the town. After 140 years some of the sites are no longer what they were back then. Some are just bare earth and grass, buildings have been reinvented as something else and in a couple of cases we couldn’t find the site at all.

Dear readers, do not be concerned that you are going to get a blow by blow history of the Kelly gang. A few words here and there and some photos will do.

The Kelly Gang had been emboldened after a successful hold up of the bank at Euroa, two months earlier back in Victoria, and had now set their sights on the Bank of NSW in Jerilderie. The raid on the town took place over two full nights and days. 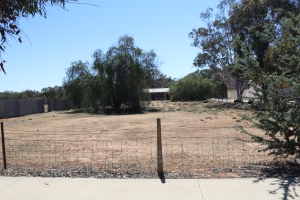 Site of the old Police station and cells. 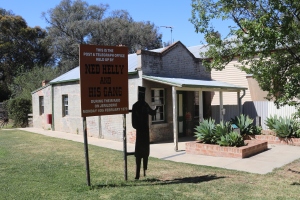 This is the Post and Telegraph Office, the original. It is being conserved. The telegraph wires and posts were cut here. 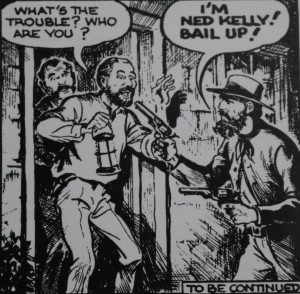 The Police officers are locked up in their own cells.

They arrived in town and locked the local police in their own cell, dressed as police and checked the layout of the town, helped the wife of one of the officers prepare the courthouse for Sunday mass, robbed the bank of NSW of 2140 pounds and held more than 30 hostages in the Royal Mail Hotel. 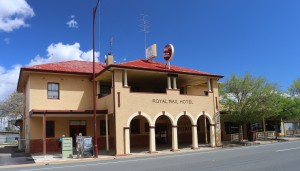 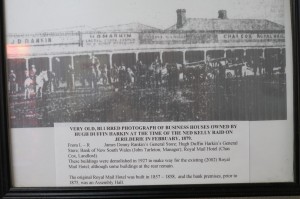 The Royal Mail Hotel is at the right of this old photo. 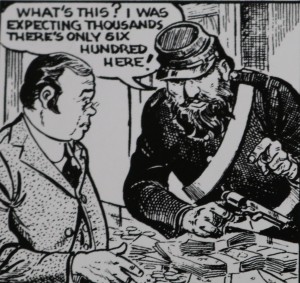 The rest of the money was in a safe requiring two keys to unlock. In all 2400 pounds were taken, a ‘fortune’ in today’s money.

They then proceeded to cut the telegraph wires as Ned sought out the editor of the newspaper to have him publish what is now known as the Jerilderie Letter. This was a lengthy manifesto, attempting to justify what he had done over the years in ‘fighting’ the harassment and oppression of the ‘little people’, including his family, by the establishment. He was unsuccessful in getting it published. The document was then ‘lost’ but reappeared ninety years later. So much for the story, to be continued at our next stop. 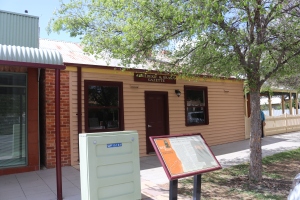 Where the Jerilderie letter was going to be published. 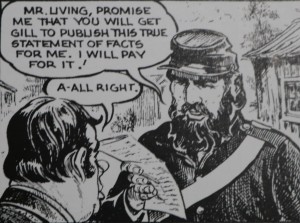 The Jerilderie letter was not published until 90 years later!

We have had a good time wandering around the sights. The local bakery is excellent, some good pies and Ned memorabilia. 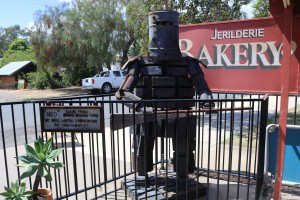 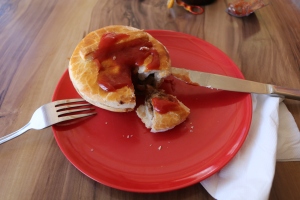 Steak and mushroom pie at the Jerilderie Bakery.

The Royal Mail Hotel and Bank of NSW are not what they were in Ned’s time. It was substantially remodeled in 1927(9) with another storey being added and the bank premises folded into the structure. It now only opens a few hours a day for lunch and dinner time, it seems to struggle. We had an excellent steak sandwich in Kelly’s Bistro’. The lady publican told us she goes off to Cobram to buy slabs of beer at their BWS to sell, as the delivery charges from the breweries make them uneconomic suppliers! Such is life in Jerilderie! 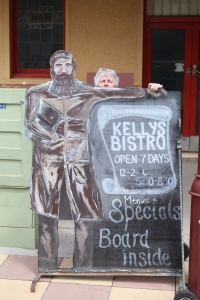 Getting ready for a steak sandwich 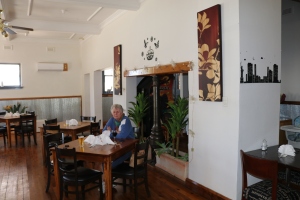 Waiting for lunch in Kelly’s Bistro 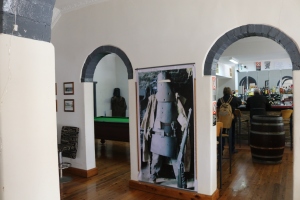 The bar of the Royal Mail Hotel

Jerilderie has another famous face from our past. General Sir John Monash, Australia’s WWI army general, lived here as a child between 1874 and 1877 and it has been thought that he was back in Jerilderie in 1879 on school holidays when Kelly was in town. The rumour is that he held a horse for Ned, Monash never denied or confirmed it. Some locals want to erect a bronze near the Monash home commemorating the possible event. Some historians think it was actually Monash’s former teacher who held the horse. Fact or fiction it remains a mystery. 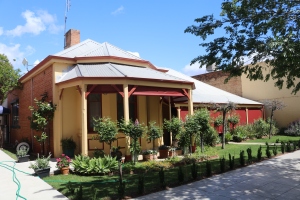 As a child Sir John Monash lived in this house. 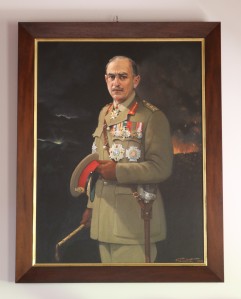 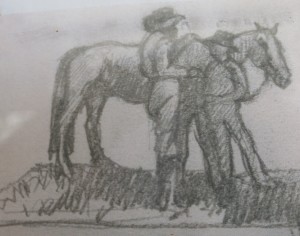 Did Sir John Monash hold Ned’s horse for him? The locals want to erect a bronze statue of the event.

As a short aside, the comic pictures included here are from a comic book history of the Kelly Gang by the famous comic writer Monty Wedd. It was published over many weeks in the Sunday Mirror, between 1974 and 1977. It is a great read and reputedly a very sound historical record. I trust no one will mind my short excerpts here and there through this blog. 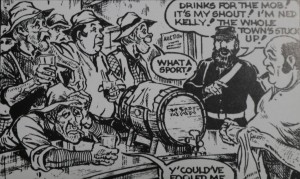 So, while Ned leaves town we head for Seymour to see more of the early years of his life!